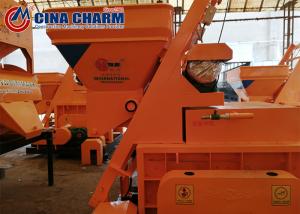 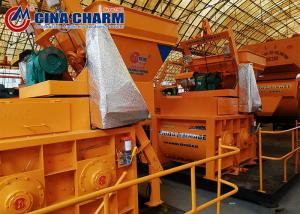 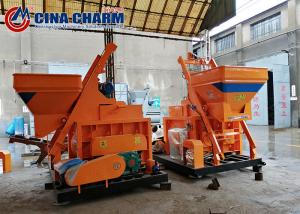 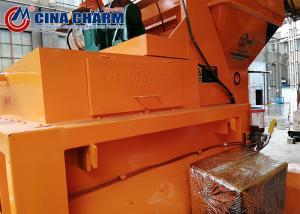 25m3/H Productivity JS500 Concrete Mixer Machine For produce concrete
This series of products are twin axis compulsory concrete mixing machine, which can be used for all kinds of precast plants, highways, bridges, water conservancy, ports, terminals, etc. and construction sectors to mix dry rigid concrete, plastic concrete, the mobility of concrete, lightweight aggregate concrete and every kind of mortar.
This series of products can not only be used as a stand-alone use but also be a mixing console to make up a concrete batching plant with series PLD concrete batching machine. 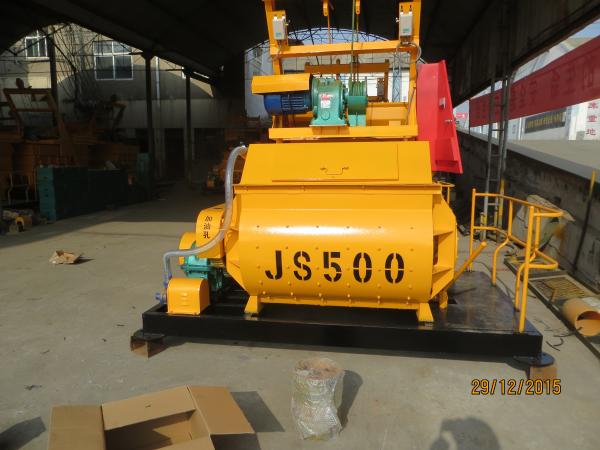 JS500 concrete mixer is compulsory double-shafts concrete mixer, which is composed of feeding system, discharging system, water supply system and electrical system and mainly used to produce commodity concrete, such as hard concrete, plastic concrete, fluid concrete, various mortars, etc. It can work independently or be used as facility concrete plant, which is applied with correspond batching machine. It has reasonable instructure,high production efficiency,drive, reposefully and low noise .
This product is twin-horizontal shaft forcing type concrete mixer with 500 Liter mixing capacity, it is the main machine of HZS25 concrete batching plant and it can be used as a simple type mixing plant combined with PLD800 concrete batching machine.
As a Twin-horizontal-shaft forced type concrete mixer, the JS series concrete mixer has been provided with double superiorities, that is single-independent work and combinatorial function with PL series burden machine, also provide the matching engine for mixing plant, it applies to all kinds of large, middle and small scale prefabricated-component factory as well as industry and civil construction like highway railway bridge irrigation jetty and so on. 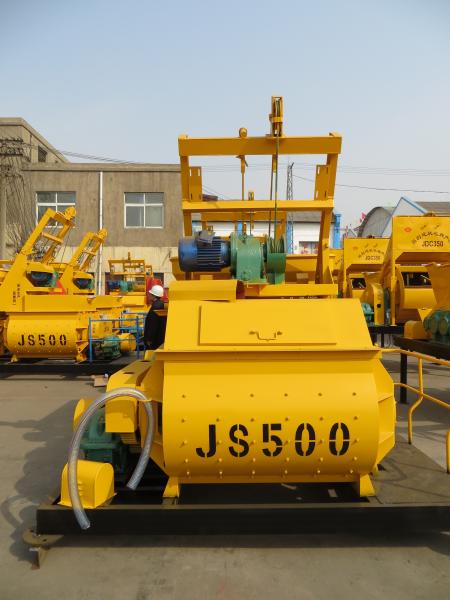 The advantage of our JS series machine :

1. The mixer has a patent of double-layer sealing at the shaft end, which avoids the leakage of internal materials when the mixer works and prevents dust from entering.
2. The mixer shall be sprayed with three layers of primer, antirust paint and finish paint to prevent moisture and rust and extend the service life of the machine.
3. Before spraying, the mixer will use shot blasting machine to remove oil, rust and dust to ensure better spraying effect.
4. The bottom plate of mixer is supported by anti-skid bottom plate, which is convenient for maintenance and safety of workers.
5. The double shaft mixer adopts the boring machine technology to ensure that the two shafts are on the same horizontal plane and the two shaft ends are on the same concentric circle, so as to avoid the collision of the mixing arm in the operation process and extend the service life of the machine.
6. The inner wall of the mixing drum is high manganese lining plate. The liner is made by Changli, which is detachable and easy to install new liner. High manganese has the characteristics of high hardness and wear resistance, so it makes the inner wall of mixer more durable. At the same time, the mixing blade is also made of high manganese metal, which can carry hard aggregate and make the blade more durable.
7. Carbon dioxide protection welding is adopted to prevent the welding position from deformation

Thank you! Your message has been sent to the following suppliers.